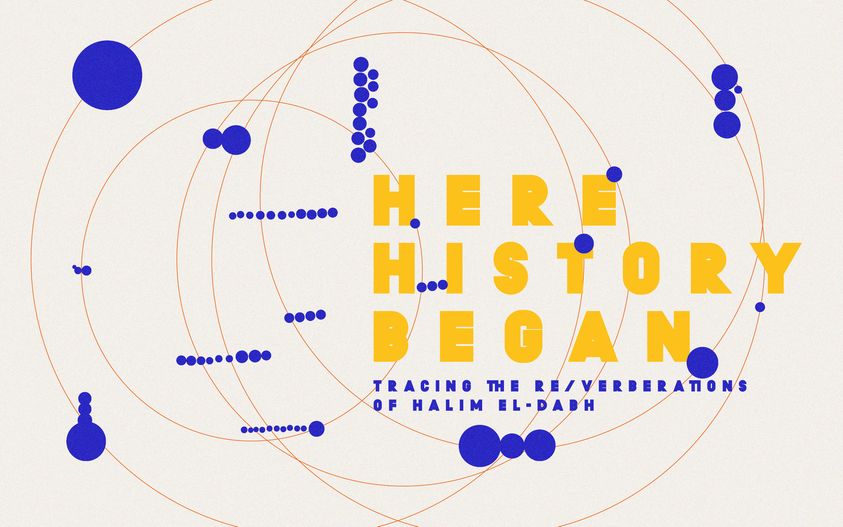 In this very special year, we continue to honour Halim El-Dabh by thinking, listening, playing, singing, dancing and summoning the voices of vitality as he has been doing for decades in his sonic endeavours. Halim El-Dabh would have turned 100 years old this month and would have continued to carry the 4000 years of pyramids, making him 4100 years old.

To celebrate the scope, diversity and depth of the work of musician, Pan-Africanist, creative musicologist, seminal composer, and philosopher Halim El-Dabh, and to open our research, exhibition and performance project HERE HISTORY BEGAN. TRACING THE RE/VERBERATIONS OF HALIM EL-DABH we invoke voices, homages, imaginations and musical visions into a day-long INVOCATIONS of musical performances.

Following the first iteration in this year’s spring, in these second INVOCATIONS we will continue to revive the multi-layered texture of his life and practice: his role in establishing Orchestra Ethiopia and collaborating with the musicians who took part in the legendary years of the ensemble; his long-term dialogue with Martha Graham and her company through his musical and sonic contribution for stage. Through all we give our senses to the music, sound, performances, conversations that are inspired by Halim El-Dabh.